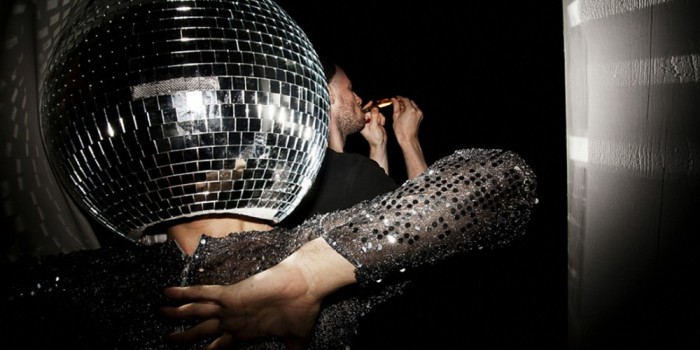 “Which Russian photographers have you heard of?”

That’s the question Ekaterinburg-based photographer Sergey Poteryaev posed to me, and I have to admit, I was stumped. While Russia boasts one of the largest and most diverse populations in the world (and therefore, one would assume, a large and diverse art scene), lingering isolationism and lack of artistic support from the Soviet era keep its artists shrouded in mystery, struggling for resources and for exposure outside of Eastern Europe. Poteryaev, who at 25 has ample experience and a keen eye that belie his young years, hopes to change that. The documentary photographer has spent the past five years capturing the vast landscape of his native country, from the countryside to huge metropolitan centers like Moscow and St. Petersburg. His latest series, “Hungry Heart,” draws on the centuries-old European tradition of “cheeky” carnival scenes, diving into the nightclubs of Russia to document these modern-day revels, their cultural codes of conduct, and the pervasive isolation that nights of partying and hook-ups can numb but never erase. Poteryaev’s goal is to capture both the beauty and the human reality of an often misunderstood nation, one which is still reeling from the collapse of the Soviet bloc: a country with an identity crisis, filled with people still figuring out what it means to be a Russian.

How did you get started with photography? Who first exposed you to the camera?

It was sort of an accident. I’d never been interested in photography, but after I enrolled, friends let me fool around with a camera and I turned out to be good at it.

You’re only 25 years old yet you’ve already done a lot of successful work as a photographer. Do you think it’s easy for young photographers to get started in Russia? Would this have been possible 20 years ago?

It’s really difficult being a young photographer in Russia. Due to lack of a developed photography market, government support and funding, young artists can only rely on themselves. Or look for help from abroad. I don’t think that’s what cultural policy should be like. Because a photographer is an extremely accurate representative of his country both in his images and mindset.

It’s hard to tell what it was like twenty years ago, but I have a feeling it was even more difficult. Now we have an opportunity to go to foreign colleges. I believe it’s a good base for Russian artists.

What excites you about photography?

I love my country despite all the problems we are facing. I enjoy exploring it, and that’s what drives me in photography.

How did your most recent project, “Hungry Heart,” come about?

I have a lot of friends that spend weekends at night clubs. I’ve never been too keen on the idea. So I wanted to find out why people go there and what they’re looking for.

In your artist statement, you talk about drawing on centuries-worth of “cheeky” carnival tradition in your photographs. Which artists inspire you? How does this art historical tradition affect your work?

For this particular project, it was Henri de Toulouse-Lautrec and Pieter Bruegel.

When people go to a nightclub, what are they trying to forget?

Loneliness, loneliness is always the problem. At nightclubs people find flirt and fun. But they tend to forget you can’t drown your problems in alcohol.

You and Fyodor Telkov recently won a Syngenta Photography Award for your work photographing migration. How did that project come about?

We’re working on “North Line,” a project about problems of assimilation of Northern peoples in Russia. Ever since oil companies started expanding to the North, the locals (the Nenets, the Khanty, the Mansi, the Selkup people) are facing a tough choice: remain themselves or adapt to the modern world. But to be totally fair, the problems began with collectivization during the Soviet period.

We’ve got two more trips planned, and then we’ll start working on a book about the project. There are a lot of people interested in the topic and we hope the book will attract even more.

When did you start collaborating with Fyodor? Do you enjoy working with a partner? When it comes to photography, are two heads better than one?

We know photographers don’t often work together. We met a few years ago. Fyodor knew my projects; I’d seen his photos. After getting to know each other, we found out we were interested in the same things. That’s when the idea of a collaboration came about.

I believe we influence each other. I also believe it’s good to constantly learn from each other.

How would you describe the art and photography scene in post-Soviet Russia?

First, I’d like to ask you what Russian photographers you know. And I’m not expecting to hear a long list of names. The Soviet Union slowed down photography in the country, even though there were strong artists. Present day young people tend to look to the West. And more photographers are appearing on the international scene. I think this tendency will continue in the future.

Why do you think it’s difficult for Russian photographers to get exposure outside of Eastern Europe?

Photographic education. It’s nearly non-existent in Russia. There’s Rodchenko School in Moscow and Fotodepartament in St. Petersburg. It’s too little for such a big and culturally rich country as Russia.

What do you think is the biggest misconception people have about Russia? How do you feel the rest of the world sees your country?

I’m afraid there are too many misconceptions about my country. Even worse, some of them are true. Corruption, for example. I don’t want to talk about it: I want people to come and see for themselves. If you look closer at grumpy people in the streets, you will see that they actually have kind souls. You just shouldn’t be afraid to look, and you won’t have a moment of regret.

How would you describe your city of Ekaterinburg to somebody who has never been to Russia?

It’s a wonderful city, and I don’t say so because I was born and raised here. I’ve traveled Russia far and wide, but haven’t seen any like it.

Ekaterinburg is an industrial city, but things have been changing. Big companies are opening their offices. We’re becoming a business city. It’s hard to believe, but in the last ten years Ekaterinburg has turned into a modern city with a developed infrastructure and powerful cultural spaces. Come over for an open-armed welcome!

Do you think Russia is still looking for a new identity? Especially the new generation of post-Soviet youth?

The modern world is washing down borders between countries and nationalities. It’s a complex process that needs a careful approach.

Russia will always be looking for its identity. It’s an inherent part of us – searching for something to make us different from the rest of the world. I’d love our youth that is absorbing information from all over the world to remember who they are and where they come from. Find inspiration in our literature and art. Only Russian photography can have its say with a truly loud voice.

For more from Sergey Poteryaev, check out his blog.